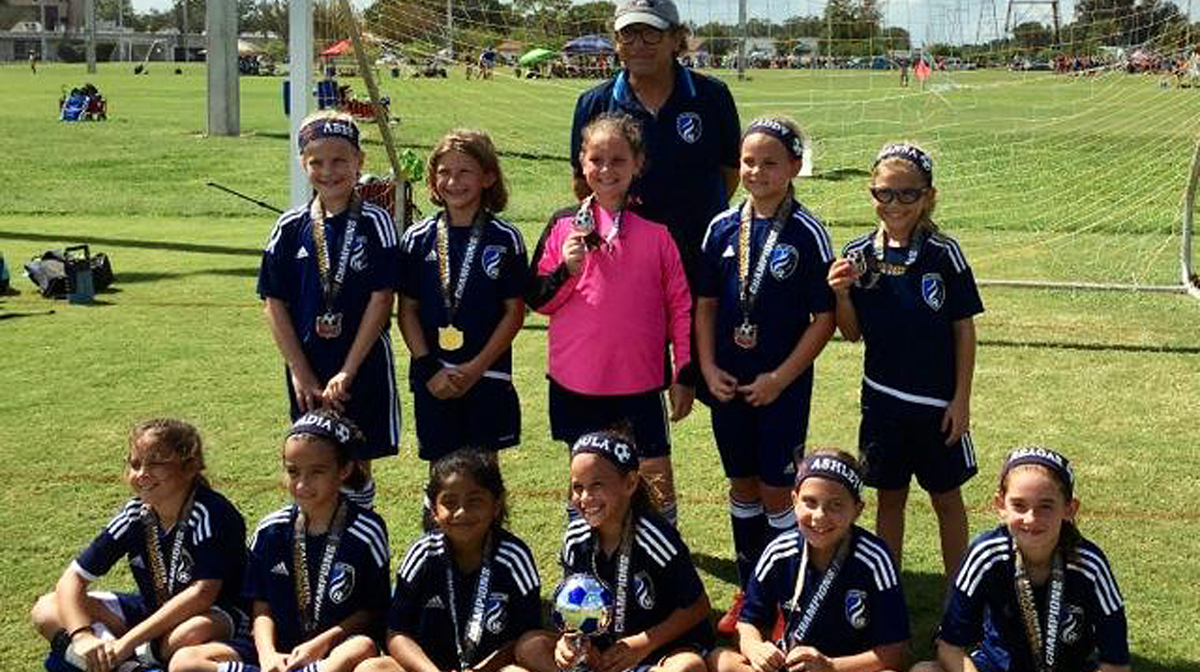 The West Florida Flames (West) U-9 Girls Gold team coached by Jim Harte and Sam Koleduk captured the Championship this past weekend at the Largo Halloween Tournament. The team cruised through group play not allowing a single goal and winning games by scores of 8-0, 8-0 and 2-0.

The Championship game was a hard fought battle with the Flames prevailing 3-1 to take home the Gold Medals. The team went 4-0 overall in the Tournament having scored 22 goals and only allowing 1 goal against.

Coach Harte and Coach Koleduk were very pleased with the results from the Tournament and wanted to thank the players and parents for their commitment to the program. The team will now shift its focus to prepare for the start of the CDL regular season and future Elite Tournaments. Go Flames!